Top 4 options for deploying your knife

Happy Friday, Friends! Today we’re going to be chatting about something that a lot of people don’t talk about a whole lot in the EDC Community. We’re going to discussing the different types of opening mechanisms within EDC Knives. We’re going to chat a bit about our experience with each, the abilities that each system offers you as the end user, and the pro's and con's of each. Just to clarify, we’re not discussing liner locks, lock backs, tri-ad locks, axis locks or any of the other options that are on the market. We aren’t even talking about thumb studs, flippers or spyder-holes. We are solely talking about the action that your knife must achieve in order to go into deployment for use. So let’s begin.... The most simple deployment method for any knife has to be the fixed blade. There are no pivots or bearings in play. It’s either a full tang slab of metal with handles surrounding it, or it’s a non-full-tang piece of metal placed into a handle. All you, the user of the knife have to do is pull the knife from it’s secure sheath and it’s deployed.

When would I recommend a fixed blade knife?

I would personally opt for a fixed blade when I know hard use is going to be a reality at some point during my day. For example, if i’m going hiking or will be outdoors you’ll find a fixed blade on my belt. And in certain circumstances, I will also put one on for personal defense (like the CRKT Obake). Okay, we’re starting to get a bit more high-tech now. With a manual opening knife we’re adding a pivoting area, where the blade is swinging out of the handle and it will end up locking into position. The manual opening system is all up to you, in terms of deployment. You must either flip the blade out with a flick of your wrist, or with a solid flick of your finger.

When would I recommend a manual opening knife? Up to now we’ve covered two fairly basic types of knives. A fixed blade and a manual opening knife. We’re making things a bit more complicated at this point. With an assisted opening knife we’re introducing more moving parts, as well as springs that help the blade deployment operate.

Assisted opening knives are most generally sent into deployment (IE: the blade leaving the handle) with the push of a thumb stud or a flick on a flipper tab (located on the back).

When would I recommend an assisted opening knife? We are now entering into the most sophisticated realm of opening types in my eyes…The Automatic. The automatic knife is very similar to an assisted opening knife. However it requires no motion/assistance by you to go into deployment. With an automatic knife, you simply need to press a button and the knife handles the rest.

When would I recommend an automatic opening knife? I hope that you all enjoyed this article today, explaining the 4 different types of knife deployments. And if you haven’t already, please reference some of our other knife related articles:

Have a great weekend folks and be safe out there! 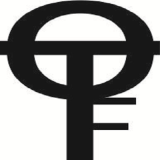 Thank you,
Your clarifications are so enlightening!
highly appreciate!

3 Ways to Protect Your Slim Wallet from Theft